A note on the ongoing data model transition

FlexMeasures is already ~3 years in the making. It’s a normal process for well-maintained software to update architectural principles during such a time.

We are in the middle of a refactoring which affects the data model, and if you are using FlexMeasures on your own server, we want you to know the following:

If you work with the current model, there will be support to transition data to the new model once it’s active. Actually, we are already working with the new model in some projects, so talk to us if you’re interested.

This transition is in your interest, as well

We do this transition so we can make FlexMeasures even more useful. For instance: support for more kinds of assets (energy plus related sensors). Or better forecasting and scheduling support.

What are the big changes?

There are two important transitions happening in this transition:

For the curious, here are visualisations of where we’re now and where we’re going (click image for large versions). 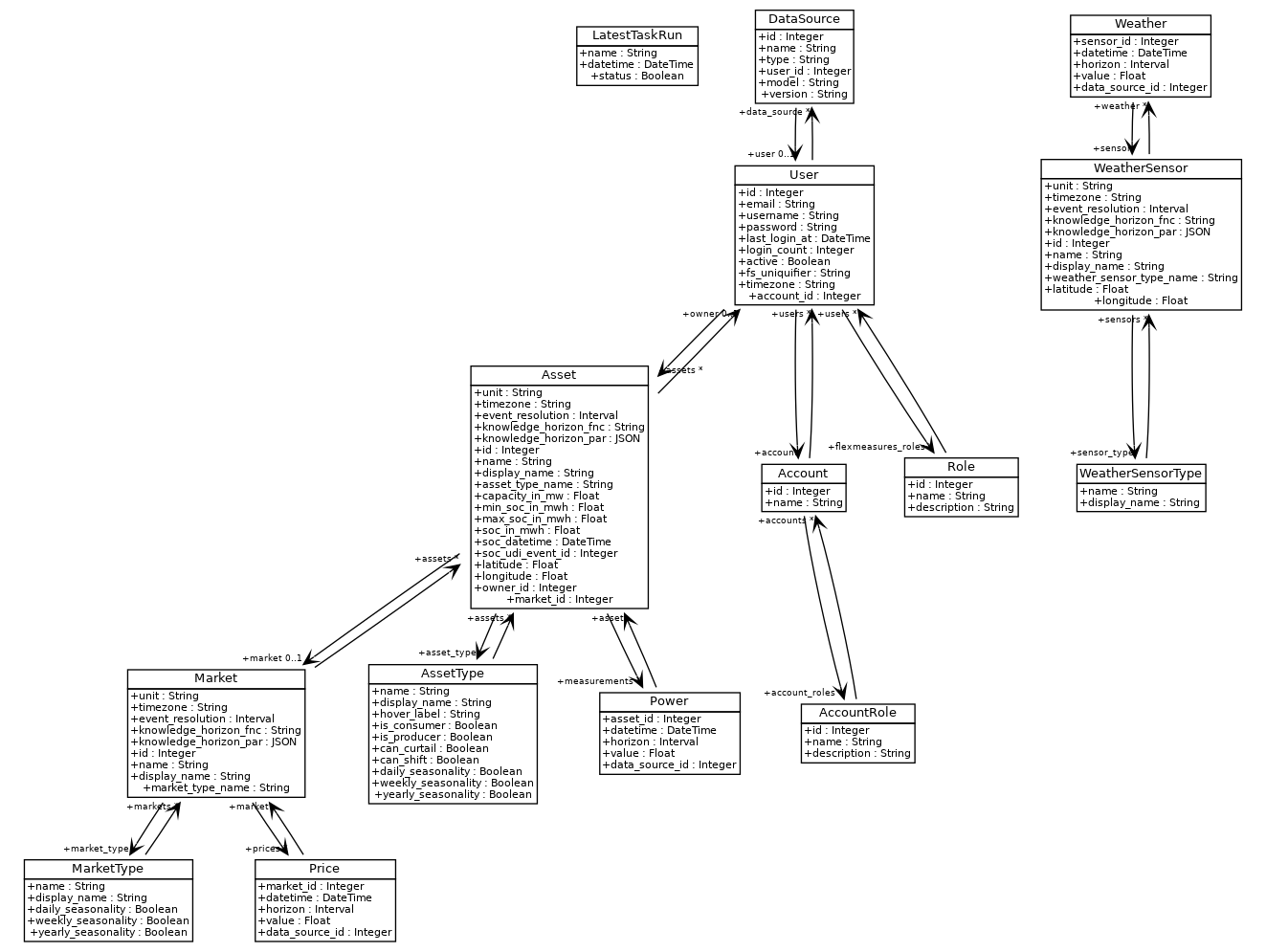 The new model (work in progress): 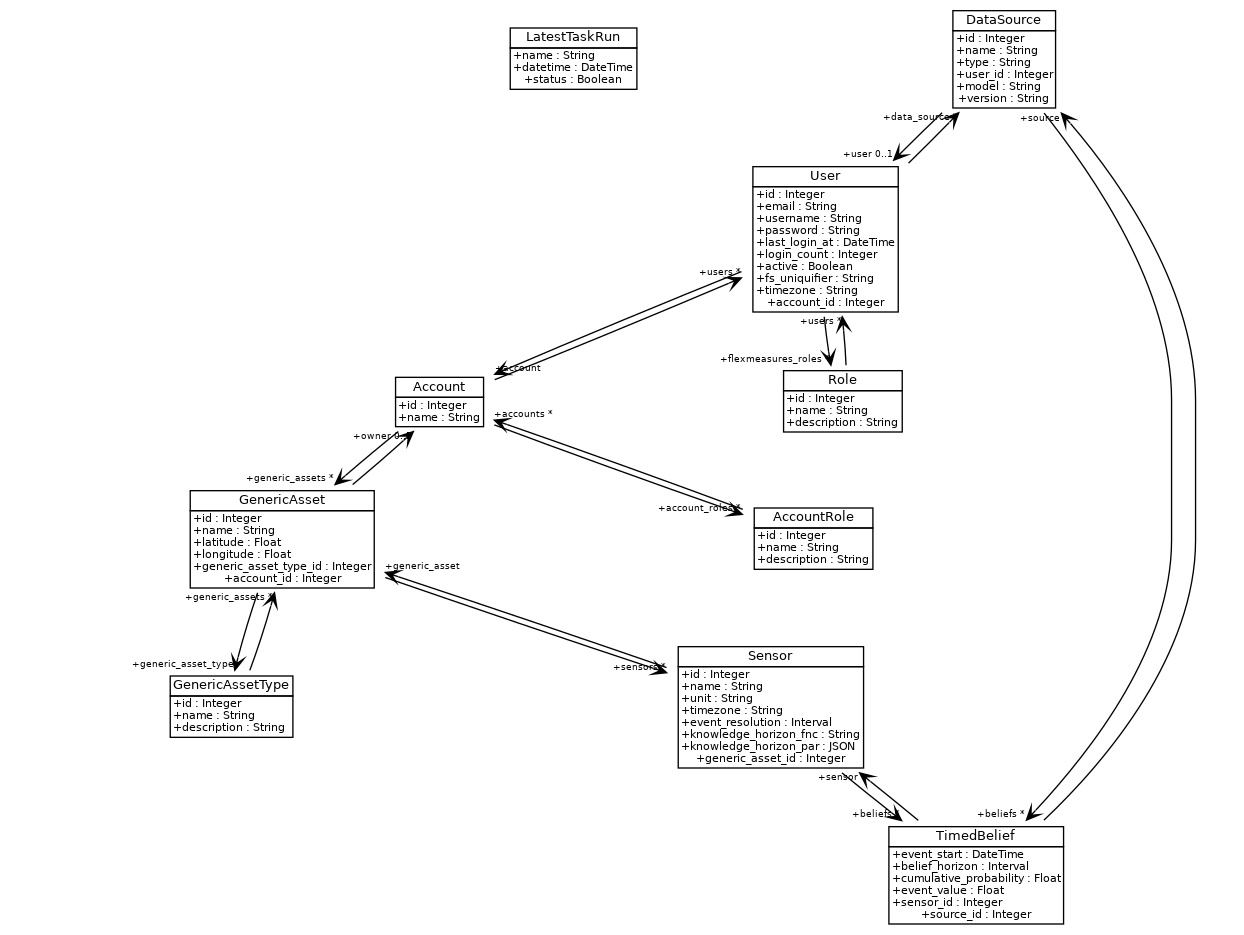 What is going on in detail?

We made a technical roadmap on Github Projects.

Project 9 was implemented with the release of v0.8.0. This work moved a lot of structure over, as well as actual data and some UI (dashboard, assets). We believe that was the hardest part.

We are now working on deprecating the old database models (see project 11). As part of that move, we decided to begin the work on a new API version (v3) which supports only the new data model (and is more REST-like). That work was done in project 13. The new APIs for assets and sensor data had already been working before (at /api/dev) and had been powering what is shown in the UI since v0.8.0.

We also implemented many CLI commands which support the new model (project 14).

We take care to support people on the old data model so the transition will be as smooth as possible, as we said above. One part of this is that the flexmeasures db upgrade command copies your data to the new model. Also, creating new data (e.g. old-style assets) creates new-style data (e.g. assets/sensors) automatically. However, some edge cases are not supported in this way. For instance, edited asset meta data might have to be re-entered later. Feel free to contact us to discuss the transition if needed.